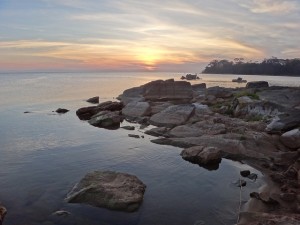 Malawi is a funny little country. The first thing I noticed was that people are really a lot more friendly than in neighbouring Tanzania.  The immigration officer, people that are usually not known at all as friendly or cheerful, welcomed me warmly to the country, stamped my passport and asked me if maybe I wanted a piece of the banana she was eating as dessert.  On the streets, everybody is greeting you constantly . Even people that have no knowledge of English do their best to make you feel at home. It’s funny because they have clearly learned a couple of phrases and “fine and you” is the answer to almost everything a foreigner says.  THE typical conversation is:

Foreigner: “Hello, how are you”

However if the foreigner is a bit more creative and says something like “Hello, it’s very hot today don’t you think” or “Hello do you know where the bus leaves” or he is lazy and just says “hello”, these persons will answer with a big smile: “Fine and you?”. 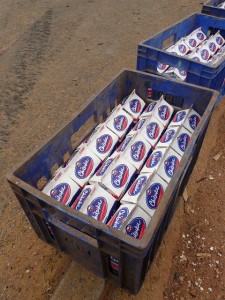 Also people seem to be addicted to milk. There is empty ‘milk cartons’ all over the place. Some investigations showed however that there is not milk but the national (maize) beer (“For health and strength”) in the cartons. It’s supposed to be pretty awful. I did not try it.

Malawi also has a reputation for being a country full of insane (mini) bus drivers and disintegrating means of transport. Looking at the (lack of) profile on the tyres of the minibus that was taking us from the border, this seemed still to be the case. However the government seems to want to change this image because police check points are everywhere now. Of course this is not (at) all about safety but rather about  getting some extra income from fines. An expat told me a hilarious story about a traffic light that had been installed in a town. It was the first in town and one of the only ones in the country so nobody knows how this works and the cops just had to sit by it and write tickets for all the those who ignored the red light. To make things even more lucrative they also fined people when the light was green. Hey! Nobody knows the rules anyway! Well except for the expats of course. So when my new friend protested that the light was green, the superior of the officer writing the ticket, quickly told his colleague to let the foreigner go because “they know the rules”. Of course the local drivers have found ways to counter the police 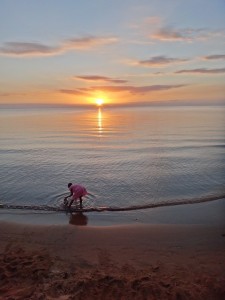 tactics. On one of the trips I did in a very overloaded minibus (I was sitting on a bag of rice more outside that inside the bus) all of a sudden the driver stops and kicks out half the population of the bus. They all get on “bicycle taxis” and drive ahead. The bus waits for 10 minutes and continues. 500m further up the road: a police check point. Driver is happy to show that his bus is filled to maximum capacity but not more and drives on for another 500m past a bend in the road.  There the people that left with the bicycle taxis are waiting  for us  and are on boarded  again. I’m sent back from my seat to the bag of rice and the bicycle taxi boys rush back to go pick up the next load of passengers that need to be smuggled past the check point.

All though the country has seen its share of unrest lately and the on-going inflation is a ticking timebomb, the country has always been one of the more relaxed and peaceful countries in the region. According to some people that is due to its total lack of minerals. This has become the “blessing of Malawi” as opposed to for example the “curse” of mineral riches in a country like Congo. However expats and locals alike now fear the worst as it seems that oil has been found in the fabulous ‘lake Malawi’. In a reaction to this news , the Tanzanian government has already changed all its official maps. These now show the border between both countries in the middle of the lake rather than on its own bank of the lake.  To be continued but this discovery threatens to impact the one largely ‘untouched’ part of the country. 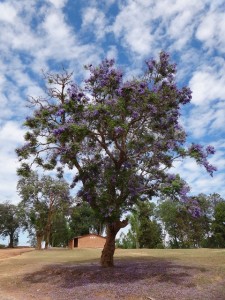 Talking about ecology, even though a number of initiatives have been taken, the environment of the country is in a sorry state in many places. Logging of trees, often to make charcoal, has stripped entire hills of its vegetation with the resulting danger of erosion. I was talking to some people who said they almost got depressed of the constant sound of trees getting cut down. Amazingly unlike its neighbours Zambia and Tanzania, the country does not have a major ‘wildlife park’. The reason: destruction of the habitat (logging) and poaching. Before coming to Malawi, I thought that it was mainly elephants and rhino that were being poached  for the ivory and to a lesser extent the cats for the trophy. But poaching is much more important than that. People are basically killing whatever animal they can catch and eat: zebra, antelope, etc. And once these animals are gone the predators disappear also. As I said some initiatives have been taken and a number of smaller parks are starting to relive but the battle against poaching is very hard. The most important thing is education, making people aware that by destroying the environment, they are destroying their own future. 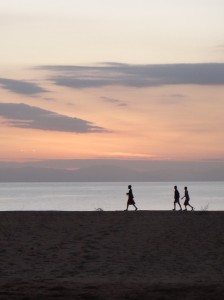 When planning this trip the only things I knew on Malawi, were that it was a country on my route in between Tanzania and Zambia and that there was a huge lake. For most travellers that is what Malawi is; a ‘transit country’ on their trip from Zanzibar to Victoria Falls (Zambia). Actually about 80 pct. of travellers are travelling on an ‘overland truck’. These overland trucks are trucks that have been built into busses and take travellers on an organized trip anywhere between Cairo and Cape Town. As these trucks have their own driver, tour guide and cook and stay at campsites, unfortunately not a lot of their dollars reach local people. Also these people stick very much together so there is not a lot of contact with local people  and other travellers either. So for 80 pct. of travellers, Malawi is: 2 days driving, 1 rest day, 1day/night beach & party and ½ day in the capital.

Apart from the obvious Lake, I have discovered the last 2 weeks a number of really nice corners of this country.

Our first stop was in Chitimba on the bank of the lake. Here we took some time to recuperate from the train ride and border crossing expedition. The campsite there is owned by a friendly Dutch couple. Listening to classic Flemish/Dutch songs (“Anabel het wordt niets zonder jou”) in the middle of Africa is a special experience. They also had some friends there who gave me some inspiration for a ‘fin de carrière’ back up plan. 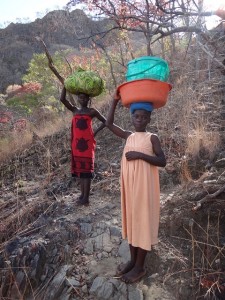 From there I walked up the hill towards the historic mission town off Livingstonia. But more than the actual town, I was interested in staying at an ‘eco lodge’ called Lukwe of which I had heard a lot of positive things. I got there completely soaked after walking 12km uphill in the pouring rain (a prelude to the rainy season that will start at the end of November). Unfortunately because of the heavy rains and mist, the views of the rift valley and the lake were totally obscured. The food however compensated for this ‘inconvenience ‘: great green salads and vegetable curry all with vegetables fresh from the Lukwe gardens.  A great break after a week of nothing but rice and chicken! It became a very interesting evening as the Belgian owner had a couple of expat friends over for the weekend. It was great to hear all the ‘inside stories’ on Malawi. 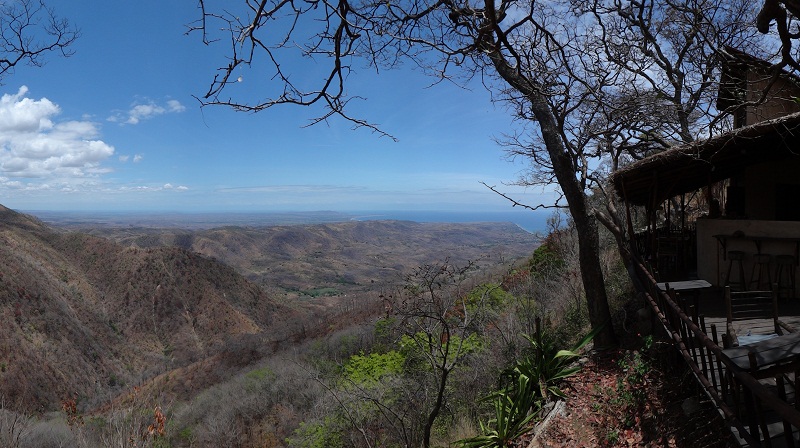 The next day I woke up with the sun (at 5am it has become a habit ever since Kilimanjaro) and some incredible views. Definitely the breakfast (muesli, yogurt and fruits!) with the best view ever. After visiting the actual town I walked down to the lake and got treated to some more incredible views that I had missed completely the day before because of the mist. 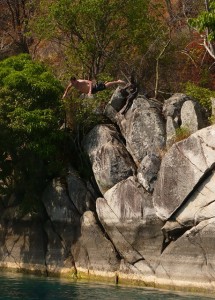 Next stop was Nhkata Bay on the banks of the lake. Here I met up with my 3 travel buddies from the train again, who had gone straight to the lake while I got up the mountain.  The next day our fellowship would  break up definitively. I spent the next couple of days  relaxing in and around the lake, taking a boat trip to some beaches for cliff diving and eagle spotting. I also met an amazing couple from New Zealand who had been travelling for 9.5 years! The Africa leg of their trip had started in Capetown in February of this year. The same traject can be ‘done’ on an overland truck in 5 weeks… 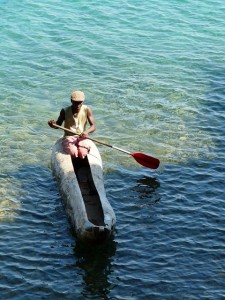 busses to fill up rather than to the average speed of the bus), me and my new travel companion from the Netherlands arrived at the Luwawa Forest lodge to do some mountain biking. The mountain biking was though but very nice but the lodge is a perfect example of ‘glory of days gone by’. Not only is the place pretty run down and is the fully equipped kitchen nothing more than a BBQ but also, due to out of control logging the place will soon need to change name as there is not much left of the forest. It’s a pity to see a place that was probably really nice before, slowly turns into a ruin.

Last stop was the capital city Lilongwe. Well ‘city’, it looks more like a big town than a real city. But at least it’s not as threatening as other African cities (Nairobi, Dar, etc.) I have seen so far. As I needed some supplies, I paid a visit to the local market. I love these places they seem to have everything you can imagine from spare car parts to cult Norwegian black metal t shirts I again met some very interesting  travellers, who had come with their own jeep from the UK via West Africa all the way down to Cape town and had now started their way back up via East Africa. Very inspiring…

Next stop is Zambia.